Dedicated to addressing
the global imperatives of our time:

Planetwork convened a conference around
global ecology and information technology

that grew into a community that launched digital identity

In July 1998, at the height of the dot.com bubble, Jim Fournier, Elizabeth Thompson, Erik Davis, David Ulansey, Mike Vincenty and Heather Newbold founded Planetwork. In May 2000 the San Francisco based non-profit convened the first international conference focused on IT and global ecology at the Golden Gate Club in the Presidio.

That seminal event spawned a conversation about the potential for an online social network for society. Brad deGraf and Elizabeth Thompson, along with other members of the emergent Planetwork community, initiated LinkTank, an invitational network that grew to include 50 information technology and media professionals, who met for two years in San Francisco and NewYork as a fiscal project of Planetwork. In 2002 the group commissioned three of its members, Ken Jordan, Jan Hauser and Steven Foster to write the Augmented Social Network (ASN)whitepaper, published in the peer reviewed online journal First Monday and presented at the Planetwork conference in 2003.

One of the key insight from the LinkTank Principles was that any truly global network must also be truly decentralized; like Einstein’s universe, its center must be everywhere and nowhere. The LinkTank statement of purpose remains unrealized and more relevant than ever: We are dedicated to the creation and maintenance of a digital communications platform, operated as a public interest utility, that will strengthen civil society by enabling people to connect, communicate, make transactions, and self-organize in a manner that is consistent with the highest principles of democracy and reflects an enlightened understanding of the fragile beauty of our planet. We will bring together, develop, promote, and hold as a global public commons, software tools and infrastructure that facilitate the emergence, growth, and vitality of networks of individuals and organizations who share ecological and social justice values, as articulated in the Earth Charter.

When Jim and Ken pitched the ASN idea to Soros in 2002, the gatekeeper had just embraced open source software, and could not even understand, much less imagine, the idea of an online social network for civil society.

At the 2002 Planetwork Conference, Jim actively facilitated a panel discussion and then heated audience debate between Reid Hoffman and the open FOF (friend-of-a-friend) community, when Linkedin was still just a tiny startup.

Over the next decade, many of the developers in the Planetwork community sought to build decentralized personal data exchange on the Internet. An initiative led by Drummond Reed called XDI promised to provide a solution using XML. Jim served on the board of XDI.org for a decade and one of the most respected developers in the community, Victor Grey, held Planetwork’s seat on the XDI technical committee at OASIS.

Planetwork was also the fiscal sponsor for Identity Commons, which launched the concept of (user-centric)digital identity facilitated by Kaliya Hamlin, aka Identity Woman, who created un-conferences and in turn co-founded the Internet Identity Workshop (IIW),still held twice a year at the Computer History Museum.

But, it was much easier to build centralized commercial platforms, and the first to scale dominated and made it impossible for any others to challenge them.

Now, almost 20 years later, all of the implications that the members of the LinkTank foresaw have come to pass, everyone is familiar with social networks and increasingly understand the failures of allowing them to be controlled by large commercial platforms.

Over recent years the word 'blockchain' came to represent the very idea of decentralized systems, but with experience many have more recently come to understand that additional layers are also needed to build working systems, and that tokenized assets may not actually be the most effective model for building community.

Through it all the Planetwork community have continued to focus on the core questions: What are the keys to building truly distributed systems for online information exchange needed by society, as well as effective new models for commence?

Planetwork had also invested in a tiny startup that held the key social network patent, to keep it in the public domain. Reid found he was on that patent and acquired the company, resulting in Planetwork holding shares in the IPO. They used the windfall to hire, Victor Grey, to build a collaboratively curated network called Spherical.

In 2015, while working on that and advising friends still focused on decentralized data exchange, Victor and Jim realized how to actually create simple automated Internet data exchange agreements in JavaScript called “link contracts”.

They immediately recognized the value of the solution so long sought by the community, formed Portable Data Corp, and filed a patent on JLINC in April 2015, just before the blockchain hype sucked all the air out of the room. JLINC.com

JLINC is neither a blockchain nor an ICO, but uses some of the same key innovations in a new way to provide “automated cryptographically signed contracts” that control the exchange and use of data between separate databases at separate domains across the Internet. The JLINC open protocol is held by the Planetwork Foundation at: JLINC.org 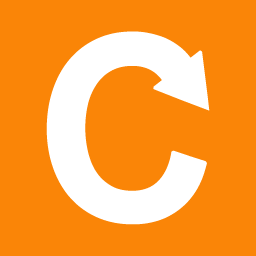