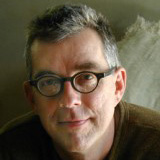 Brad is the Founder of the Venture Collective, a 501(c)3 venture fund focused on systemic social change solutions.

He is also Director of the Animation Archive for the Internet Archive, as well as investment analyst for digital media for the International Finance Corporation (venture subsidiary of the World Bank), and senior analyst for Jon Peddie Research.

Called by Wired "an icon of 3D Animation," and by Animation Magazine as one of the "people to watch in 2001," Brad deGraf, has been a leader in computer animation in the entertainment industry since 1982, particularly in the areas of realtime characters, ride films, and the Web.

From 1992 through 1994 he was director of digital media at Colossal Pictures, which he and his partners spun off to create Protozoa (aka Dotcomix) for which he has served as Chairman, CEO, and Chief Creative Officer.Credits include; Moxy, emcee for the Cartoon Network, the first virtual character for television; Floops, the first Web episodic cartoon; Peter Gabriel's Grammy award- winning video, Steam; Duke2000.com, a attempt with Garry Trudeau to get his Ambassador Duke character elected president; "The Funtastic World of Hanna-Barbera", the first computer- generated ride film; "The Last Starfighter", "2010", "Jetsons: the Movie", "Robocop 2", and many others.